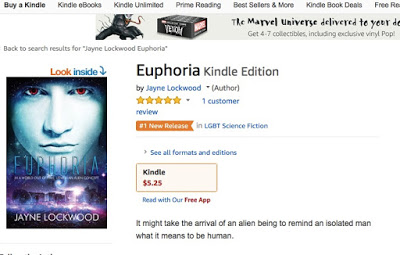 https://amzn.to/2MQjww
And what’s the fuss about? Here’s the blurb!
It might take the arrival of an alien being to remind an isolated man what it means to be human.
With a stressful job, his boss breathing down his neck for profitable results, and an estranged wife and daughter, scientist Kurt Lomax doesn’t think life can get much harder. Until a nonbinary extraterrestrial with an otherworldly beauty, captivating elegance, and a wicked sense of humor inconveniently shows up at his apartment.
Vardam watched the destruction of their own world, and they don’t want to see the same thing happen on Earth. They are lonely, and feelings soon develop between them and the supposedly straight scientist—feelings Kurt reciprocates, much to his confusion.
The arrival of cheery interpreter Tom Soames—whose Goth appearance belies a gentle heart—is like a ray of sunshine in the somber lab. He acts as matchmaker for man and tentacled extraterrestrial, unwittingly instigating a national crisis when the news breaks out.
But will a misunderstanding ruin Kurt and Vardam’s chances for happiness together—along with the hope for peace between humanity and the Var?
LINKS
DSP Publications http://bit.ly/EuphoriaDSPP
Amazon US http://bit.ly/EuphoriaJLUS
Amazon UK http://bit.ly/EuphoriaJLUK
Barnes & Noble https://www.barnesandnoble.com/s/Jayne+Lockwood?_requestid=5802001
Kobo https://www.kobo.com/gb/en/search?Query=Jayne+Lockwood
SOCIAL MEDIA LINKS
Web page https://hollowhillspublishing.blogspot.co.uk
Facebook https://www.facebook.com/hollowhillspublishing/
Twitter https://twitter.com/ladyjAuthor
Instagram https://www.instagram.com/jaynelockwoodauthor/
Goodreads https://www.goodreads.com/author/show/6893372.Jayne_Lockwood
QueeRomanceInk https://www.queeromanceink.com/mbm-book-author/jayne-lockwood/ 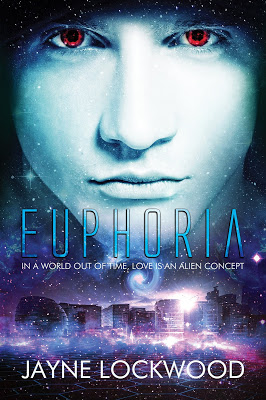